Matawan won their 5th in a row by defeating Holmdel 5-4. The Huskies jumped out to a 4-0 lead on consecutive RBI singles by Antonio Martinez, Tom Collazo, Mike Trapani and Stephen Salot in the bottom of the 3rd.

Holmdel tied it up off of Matawan starter Kyle Gamble but were held scoreless by winning pitcher Jackson Hercek and John Carelli. Carelli came in with the tieing run on second with one out in the top of the seventh and induced a ground out and pop out to earn the save.

All levels – pitchers and catchers in upper gym 230-4 today 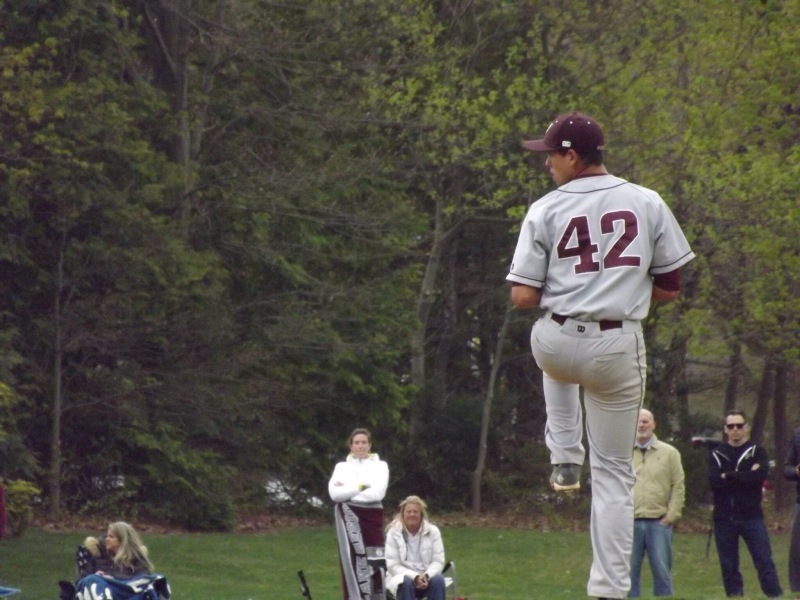 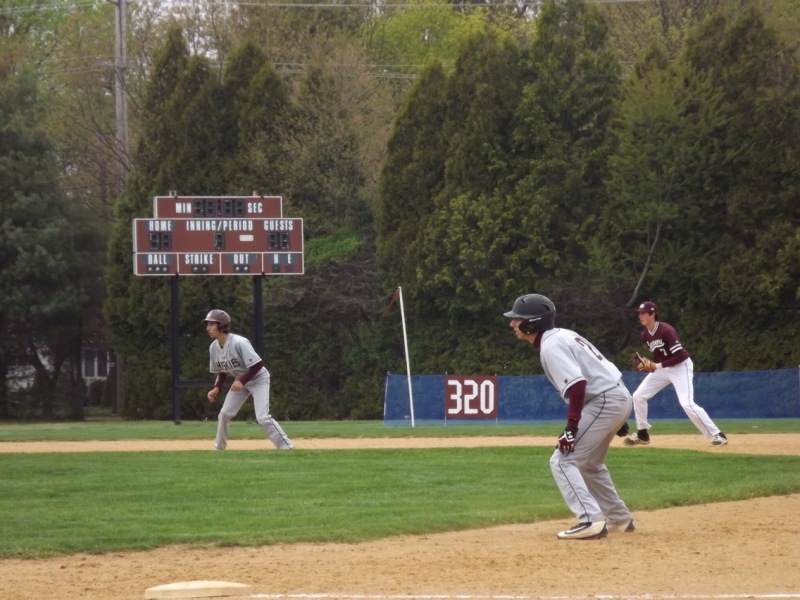 Matawan made the most of their opportunities scoring 5 runs on 2 hits and held on for a 5-3 victory.

John Carelli started and went 3 innings based on pitch count, followed by Danny Hirujo who threw 3.2 innings of effective relief and Jackson Hercek pitched to 3 batters for the save.

Matawan collected only 2 hits but at the right time as it turns out. The Huskies are now 6-1 in division play. 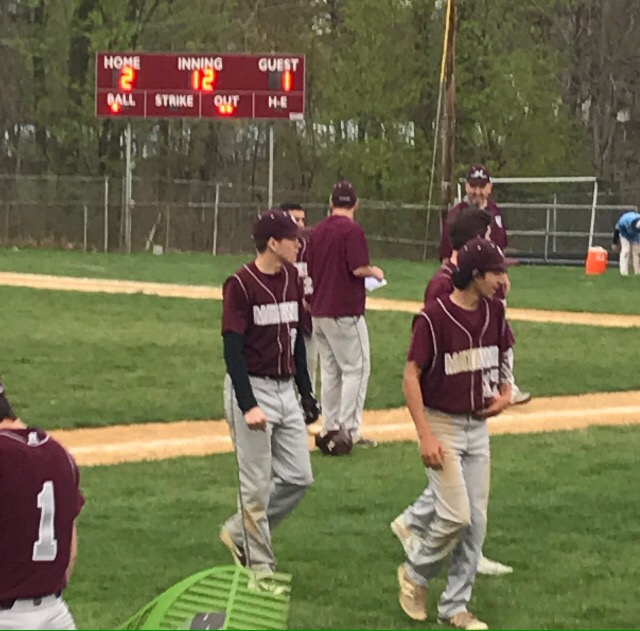 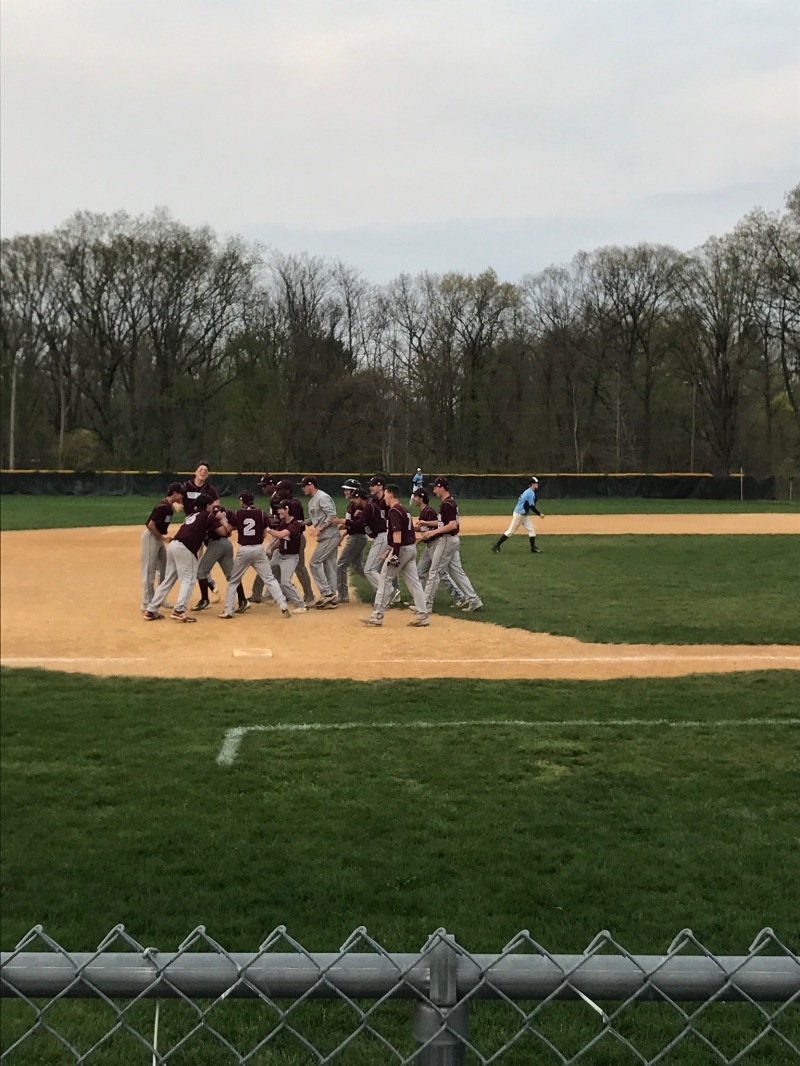 Nothing comes easy for these Huskies as they took 12 innings to top Freehold twp in the first round of the MCT.

All three facets of the game were on display as Matawan used diving catches in the outfield by Jackson Hercek and Derek Jordan to save runs.  The infield turned 3 double plays

Starting pitcher Jake Burlew hurled 6 innings of one run ball followed by Sophomore Chris Gendi’s first varsity win who followed Burlew with six shut out innings of his own.

Hercek went 3-6 and Tom Collazo went 3-5 but the big blow came off the bat of Mike Trapani who laced a double into the gap with 2 outs scoring Antonio Martinez from first base to win the game. 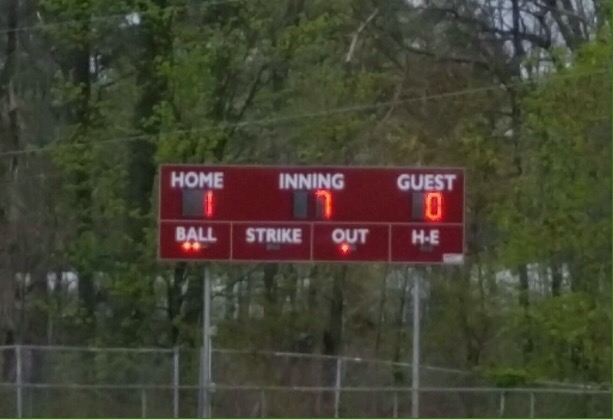 Matawan varsity baseball took down the Raritan Rockets by a score of 1-0.  Matawan scored on a double by Mike Trapani, who then stole third, and scored on a bad throw. Stephen Salot and Wayne Bloom each had 2 hits for Matawan.

But the story was Kyle Gamble who worked in and out of trouble in the first and seventh innings, scattering 6 hit and only throwing 73 pitches to lead the Huskies to victory. He is now 2-2 and Matawan is 5-1 in division. 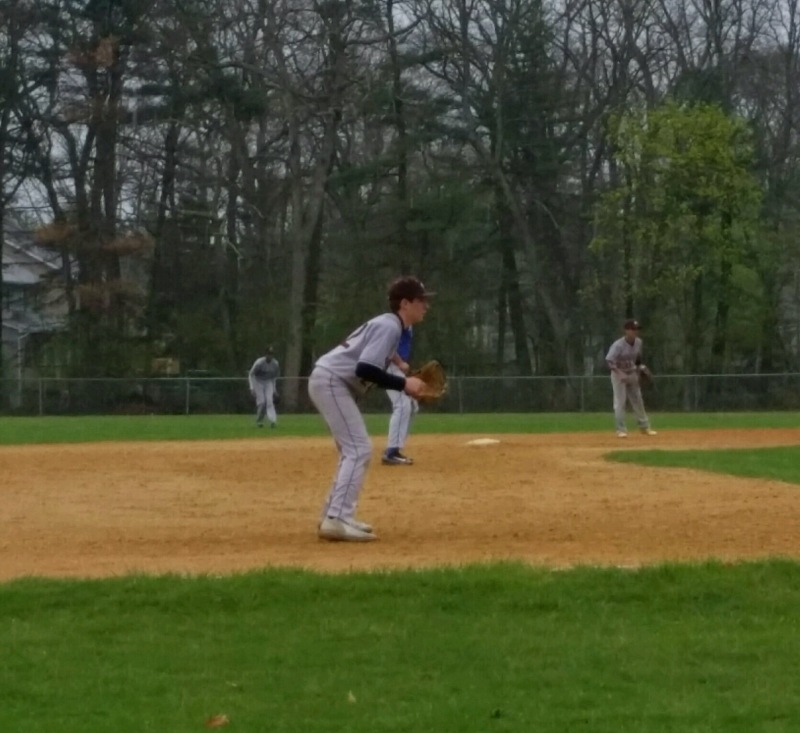 The Huskies bounced back from a tough Long Branch loss with a compelling 15-4 win over Lakewood.

The Huskies scored 5 runs in the first inning on RBI singles by Tom Collazo and Stephen Salot. Collazo went 3-3 with 2 RBI, Salot went 3-4 with a double and 3 rbi.  Danny Hirujo went 3-4 in his first varsity at bats while Antonio Martinez went 1-3 with 3 walks, a steal and 3 runs scored.

John Carelli worked around the rain drops to throw a 5 inning complete game for his second win of the year.

Great day for the Huskies as they rally from a one run deficit in the 5th inning and go on to defeat RFH 4-3.   Jake Burlew gave the Huskies 4 strong innings in the first start of his career.

But Danny Hirujo was the story with 2 innings of solid relief earning the first victory in his career. Kyle Gamble then relieved Hirujo with the first save of his career.

Derek Jordan’s RBI infield hit got the Huskies on the board and aggressive   baserunning by Mike Trapani followed the runner to the plate to make the score 2-1. Later Jackson Hercek 2 RBI single put the Huskies on top for good. Matawan is now 4-2 and 4-1 in division.

After dropping 2 games on Saturday and Monday, the Huskies bounced back in a huge way by topping SJV 8-6. Jackson Hercek pitched 4 innings in relief of John Carelli.  Mike Trapani went 2-for-4 with two runs and two RBI while Tom Collazo and Jake Burlew were each 1-for-3 with two runs scored to help the Huskies (3-2, 3-1) outlast the Lancers (1-2, 1-2). The Huskies stole 5 bases and committed only one error in the win

The Husky Baseball family would like to congratulate Officer /coach Bruce Monro on his swearing in.  The Huskies are proud of you and thank you for your time volunteered with us