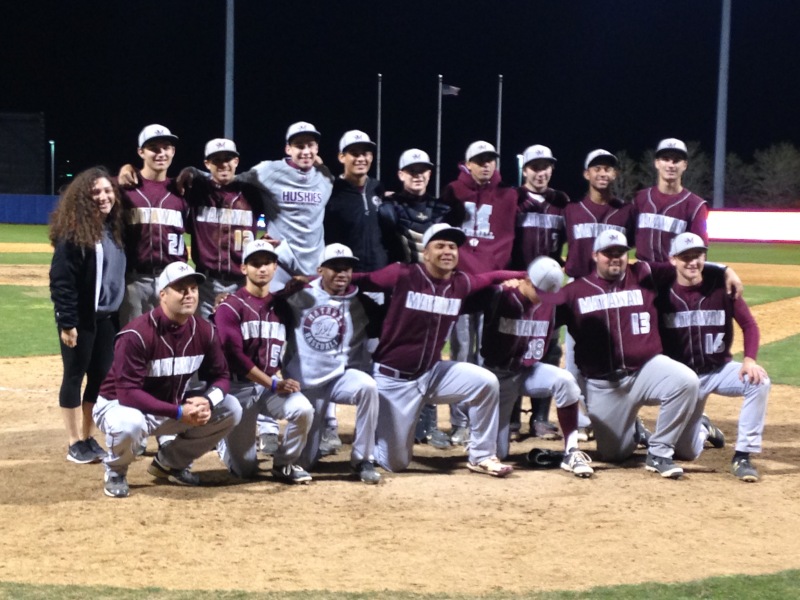 There were plenty of good things over th past few games for the Huskies.

First in a game played where the Staten Island Yankees call home, Matawan beat Keansburg behind Anthony Hirujo’s first win of the season. Supported by Dylan Dobbins first multi hit game of the season.  The Huskies played a solid game with Colin Thompson and John Carelli throwing shut out ball in innings 5-7. Mike Gann collected his first varsity hit in the 6th as well.

The Huskies went on to play Academy Charter on Monday and notched another win to bring their record to 7-5.  Kyle Gamble recorded his first varsity win throwing 3 shut out innings followed by Jake Burlew and Richard Joa preserving Matawans first shut out of the season in a game where Colin Thompson, Joe Traverso and Wayne Bloom got their first varsity hits as well.